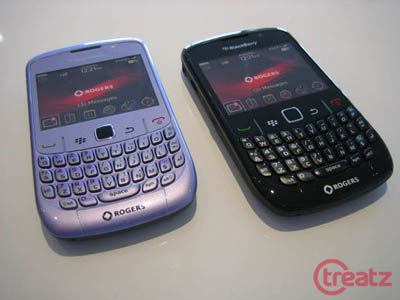 We’ve had a lot of sneak peeks at the Rogers BlackBerry Curve 8520 over the past little while. First we heard about some inventory shots, then some leaked device images, THEN mention of internal employee training… Now, some new pics have leaked out, pointing us towards an imminent device launch on Rogers. As you can see in the images provided here (thanks to Treatz via CrackBerry), the dummy phones have arrived at Rogers, and besides the standard black livery, there’s also a lavender/purple-ish looking 8520 on tap as well. Interesting. At any rate, check out the pictures below for all the Rogers BlackBerry Curve 8520 love you can handle.

The Hero is here! After waiting months to get my grubby mitts on HTC's flagship Android smartphone, I found a...