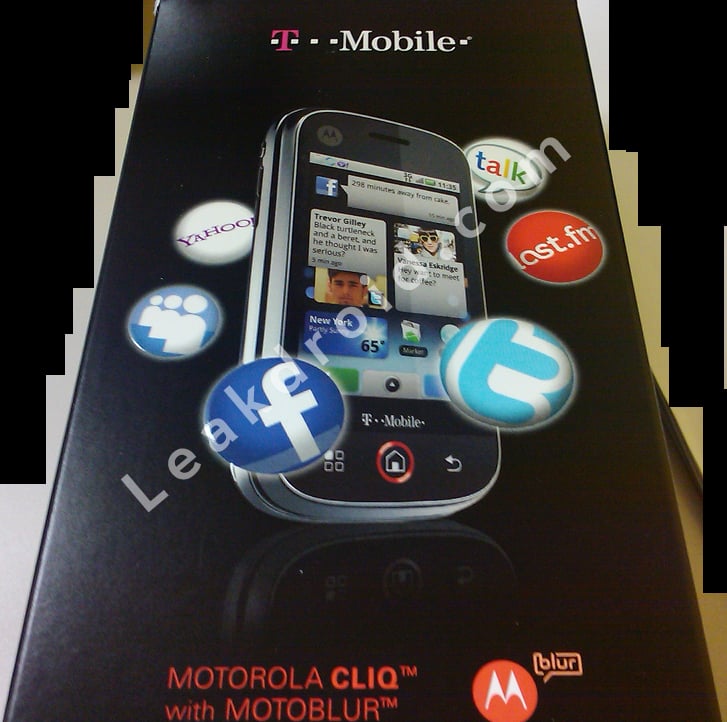 Going by the countdown timer on T-Mobile’s Motorola CLIQ mini-site, we have some 19 days before the CLIQ gets real. It’s no surprise, then, that the T-Mobile Motorola CLIQ retail box has broken cover. The folks over at Leakdroid managed to get their hands on a set of leaked images of the Motorola CLIQ’s packaging that look like they were edited by a 5th grader using MS Paint. Crappy image editing skills aside, the pics give us an idea of what to expect when we finally open the box to our new Motorola CLIQ.

The CLIQ will apparently come bundled with headphones. We also learn that the the CLIQ’s MOTOBLUR UI comes with a remote-tracking service that uses GPS and allows the user to remote wipe the device. There aren’t going to be any Google apps pre-installed on the device, which likely means Motorola will be providing similar functionality through their own apps.

All eyes are on T-Mobile to open pre-orders for the Motorola CLIQ in 19 days!

Android modder plans to keep on keeping on with Cyanogen

All may not be lost for Android fans fond of Cyanogen's customized Android ROMs. Following on a cease and desist...