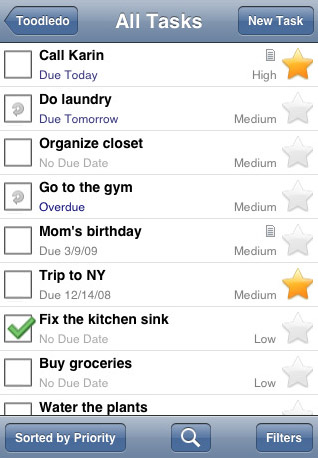 In a nutshell, it’s not a major “new feature” update, but something that should help you be more productive with Toodledo. AppStore link remains the same and the price is $2.99.

CBS Sports announced that it will stream its entire 2009 SEC college football schedule live on CBS Sports Mobile through...