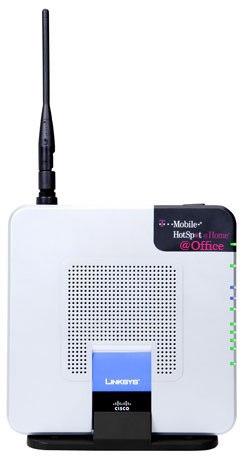 T-Mobile’s been pioneering UMA service for a while now. Known as T-Mobile HotSpot @Home, the service allows compatible WiFi-enabled mobile phones to use a WiFi network to make voice calls rather than the T-Mobile wireless network. The service has apparently shown enough success in the consumer space that T-Mobile USA has decided to bring its WiFi-calling service to the enterprise. T-Mobile says WiFi-capable BlackBerry smartphones, which are by far the most popular handset in corporate America, will soon be able to make calls over their WiFi networks. Just like HotSpot @Home, phone calls can be seamlessly handed-off to T-Mobile cellular network. Think of it as T-Mobile HotSpot @Office.

The move to bring UMA to the business space makes sense. T-Mobile’s 1900Mhz network has a hard time penetrating walls and buildings (higher frequencies just don’t pass through solid objects as well as lower frequencies). That poses a problem to business users that spend a lot of their time as drones inside an office building. T-Mobile is taking aim at AT&T and Verizon’s enterprise subscriber-base by giving the largest business smartphone demographic (BlackBerry users) access to WiFi-based voice calls.

The Marketplace is a go on Windows Mobile 6.5!

Itching to take Microsoft's Marketplace for a spin? While the rest of the world will have to wait for Windows...