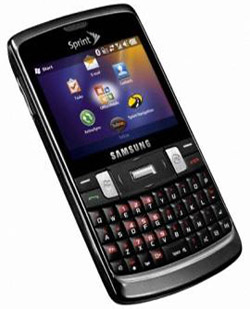 Sprint announced that it will offer a new QWERTY-keyboard equipped Windows Mobile 6.5 smartphone starting from October 11th. It’s called Samsung Intrepid and it looks like a successor to the Ace model.

As for the pricing, Sprint will ask $149.99 for Intrepid after a $100 mail-in rebate and with a two-year contract.

Pocket MBA for iPhone FREE for a limited time

B-schoolers, listen up! The Pocket MBA iPhone app has just gotten as big a price cut as you can expect....