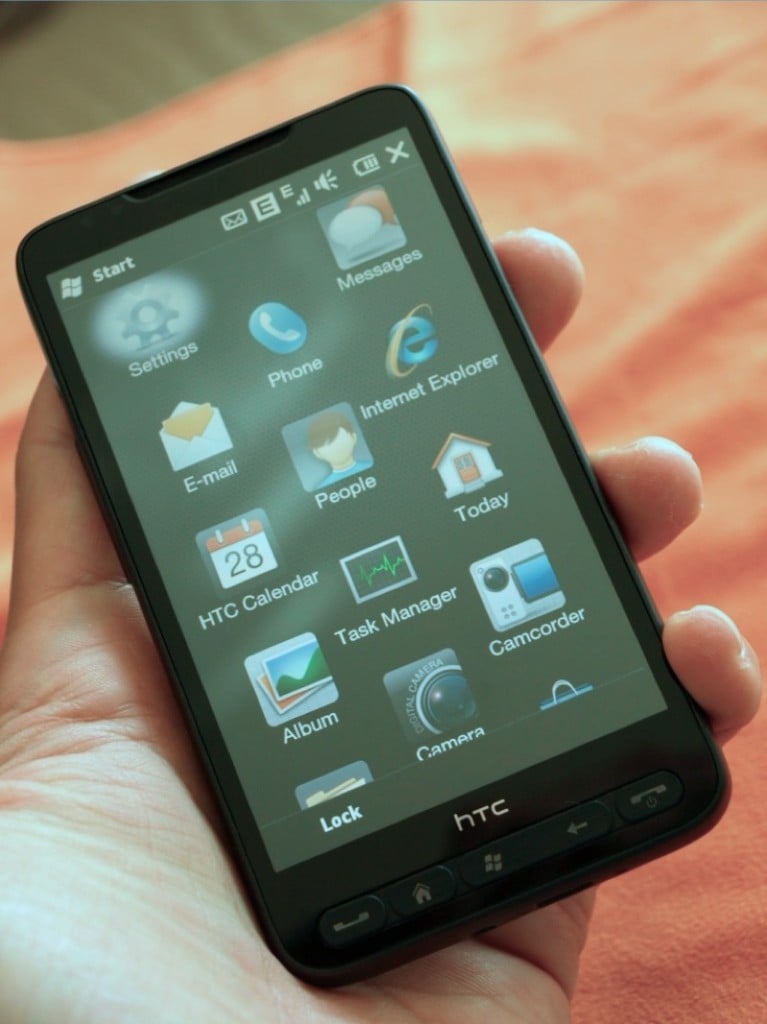 That’s it. Game over. After spending some quality one-on-one time with the HTC HD2 (Leo) today, we’re convinced that the HTC HD2 is the “baddest Windows Phone” of the year. In fact, the HD2 might be strong enough to carry that title through much of next year. The powerful-yet-slim HD2 packs a 1Ghz Snapdragon chipset into a shell no thicker than your standard yellow No. 2 pencil, basically killing any hint of the lag we’re used to seeing with Windows Mobile.

What makes this new Windows Mobile 6.5 smartphone so great? Well, aside from its power-packed chipset and sexy design aesthetic, the HD2 is the only Windows Phone (so far) to sport a capacitance-based touchscreen (like on the iPhone and Android smartphones) that throws out pixels at WVGA resolutions across a whopping 4.3-inches of real estate. Then, add in the fact that the HD2 features a 5-megapixel camera (with dual-LED flash), integrated GPS, WiFi, microSD slot, FM radio, digital compass and a 3.5mm headphone jack, and it’s easy to see how the HD2 dominates the competition.

HTC also baked in some of their Sense design philosophy into the HD2’s TouchFLO 3D UI, focusing on personalization/customization, intuitive finger-based interface and media consumption. That all translates into a user experience that we’d frankly never expected from a Windows Phone.

We’re expecting to see the HTC HD2 make its US debut in Q1 of 2010. As for the US price, we’re not sure. But, we’re still willing to offer a kidney in trade.

[Update]
Photos color corrected and updated. Apologies for making your eyes freak out.

Hands-on the HTC HD2 and its gigantic 4.3-inch capacitive touchscreen! from IntoMobile.

Rock Band is on its way to the iPhone! Forget everything you thought you knew about beat-matching music games on...