When the Nokia N900 was announced, mobile phone geeks were split right down the middle. The EU and Asian media were excited that Nokia has finally done something different with the UI, while the USA was a bit pissed the device had a resistive touch screen and lacked multi touch. There were exceptions on both sides of course, and personally I think the N900 is a bit too chunky to even consider picking it up.

Anyway, the important thing: It has been confirmed that Maemo 6 will be the version of Nokia’s Linux based operating system to support multi touch and capacitive screens. It is at least a year away, so we’re going to have to wait a while. Dammit.

Oh and of course you know what that means for you upcoming N900 users: you’re going to have to buy new hardware to get the best features of the new OS. 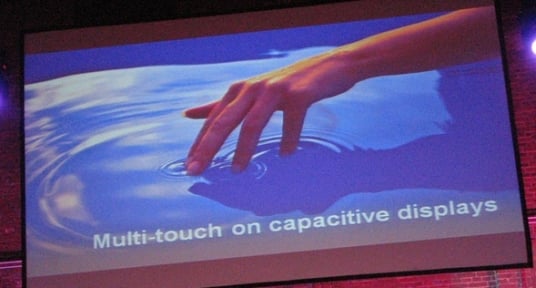 [Image above from Steve Paine of UMPC Portal]