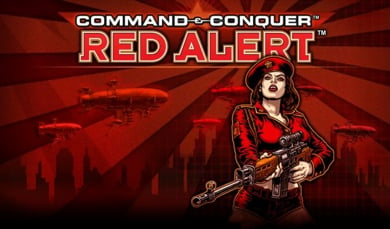 Yesterday we reported on a big name EA title making it’s way to the iPhone later this month, Rock Band iPhone.  It seems that wasn’t all of the news EA Mobile had to share with us.  It seems another high profile title is going to be receiving the iPhone treatment.

Command & Conquer Red Alert for the iPhone will allow players to play across 12 combat levels as both Soviet and Ally factions, manage and command multiple units on the battlefield, and feature the ability to build your base and manage supplies with an “easy-to-use combat system”.  Depending on how easy the system is to use on the iPhone platform is yet to be seen, but since RTS games use heavy point & clicking, I don’t see as how the game could fail.  The real test will be how “easy” it will be for players to take control of all of the action while still knowing what exactly is going on in the rest of the map.

No price has been revealed, but you can expect Command and Conquer for the iPhone / iPod Touch to be released on October 23.