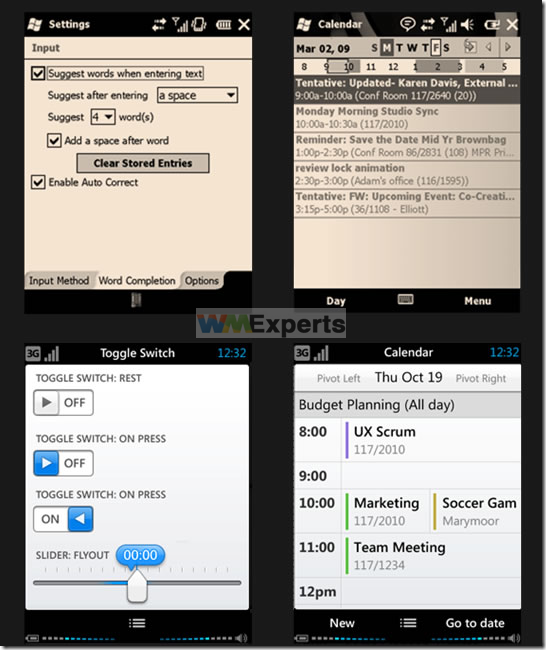 Take a look at Windows Mobile 6.5’s more finger-friendly interface and it’s clear that Microsoft is working to fix what’s wrong with their mobile operating system. Windows Mobile 7, whenever it finally launches, should be Microsoft’s formal response to the likes of the iPhone OS, Android OS and webOS. So, what’s it going to look like? Going on newly leaked design mockups, Windows Mobile 7 looks light years beyond the tiny buttons and awkward menus we’ve come to associate with Windows Mobile.

What you see here are Windows Mobile 7 design ideas compared to the traditional “WinMo look.” Notice the large buttons, sliders, toggles and more palatable layout. The “Start” button also seems to have taken a leave of absence. We’re not sure how much of the design concepts shown here will actually make it to the final version of WM7, but if this is an indication of Microsoft’s design direction, there might be hope yet for Microsoft’s tired mobile OS.

[Via: WMPowerUser and PocketNow]

If you were excited for the cliq, Motorola's first Android handset and introduction of their custom blur user interface/service, you...