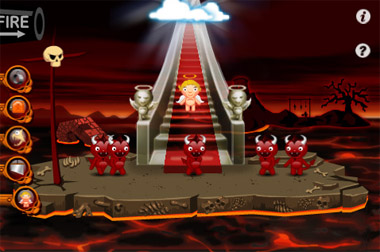 You’ve probably already heard about Pocket God, one of the most popular iPhone games around. It’s about to get the unofficial sequel (other company is behind the title) called Pocket Devil. As you can guess for yourself, the game sees you taking charge of purgatory and its many horned minions. You can either push them into suffering or everlasting peace.

Similarly to Pocket God, this is also an episodic game, and now we have the first chapter, Burn Baby Burn, available in the AppStore.

We’re curious to see whether it will fly as much as Pocket God did. If it does, I wouldn’t be surprised to see Bolt Creating (folks behind Pocket God) pushing some legal action against Pocket Devil’s makers – Eyedip…

Love Vibes goes in line with the saying "there's an iPhone app for everything." This particular application uses scientific data...