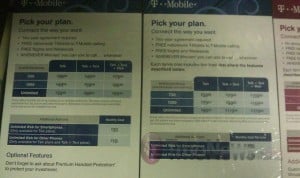 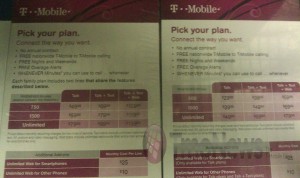 We had learned recently that T-Mobile’s Project Dark would involve hardware financing that would allow customers to pay off devices on a monthly basis rather than entirely up-front, but there was another piece to the puzzle that was still missing: what about that “most affordable unlimited rated plan“? Well, some internal documents are revealing an unlimited text, talk and data plan for $99.99/month, matching Sprint’s equivalent Simply Everything plan. The $79.99 unlimited plan,  will catch many people’s eye; you’ll likely end up paying more overall since the off-contract deal will make you pay the unsubsidized price on the hardware each month on top of the plan, but that will largely depend on which handset you get. Regardless, not being tied down to the two-year plan might be worth it. There’s plenty of fine print and option for family plans, but take a look at these docs to see if there’s anything for you.

So far, the BlackBerry App World has been a destination solely for software, but word has it on November 9,...