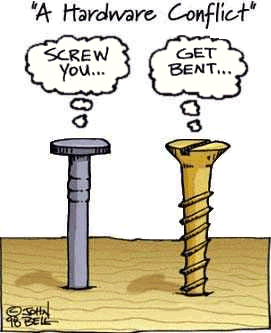 Nokia isn’t just the largest mobile phone maker in the world (although, they’re bleeding market share like a hemophiliac heavyweight boxer), they also hold a lot of technology patents that make the wireless world go ’round. And, Nokia doesn’t like it when other companies use their intellectual property without paying their dues. Today, Nokia has announced that it is suing Apple for infringing on 10 of those patents with the iPhone. The patents in question relate to GSM, UMTS and wireless LAN (WiFi) technologies that the iPhone uses to connect to wireless networks across the globe.

Nokia claims to have invested €40 billion and 20 years of research into securing their various wireless patents, and they want to ensure a return on those investments. The folks in Espoo have alleged that the iPhone has been infringing on various Nokia-held patents since the iconic handset was launched in 2007.

Here’s what Nokia says it at stake:

The ten patents in suit relate to technologies fundamental to making devices which are compatible with one or more of the GSM, UMTS (3G WCDMA) and wireless LAN standards. The patents cover wireless data, speech coding, security and encryption and are infringed by all Apple iPhone models shipped since the iPhone was introduced in 2007.

This is what Nokia has to say on the matter:

“The basic principle in the mobile industry is that those companies who contribute in technology development to establish standards create intellectual property, which others then need to compensate for,” said Ilkka Rahnasto, Vice President, Legal & Intellectual Property at Nokia. “Apple is also expected to follow this principle. By refusing to agree appropriate terms for Nokia’s intellectual property, Apple is attempting to get a free ride on the back of Nokia’s innovation.”

Nokia is something of a veteran of IP-related lawsuits. The Finnish mobile phone giant has been in several legal tussles recently to protect their rights and intellectual property. Unfortunately for Apple, Nokia has the means to drag out legal battles across international borders and keep attorneys working for months on end to get what they want. If the patents are truly being infringed, Apple would do well to nip this in the bud and settle the lawsuit with a tidy licensing deal.

B.C. Government Ban on Cellphone Use While Driving to Commence January 1st, 2010

The government of British Columbia has made it all official. New legislation is going into effect January 1st, 2010 that...