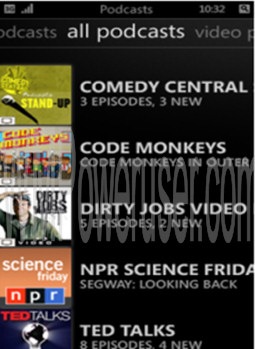 With Zune features in tow, Windows Phones can finally level the playing field with the iPhone and its AppStore. Of course, time will tell if Windows Mobile has what it takes, from a user experience perspective, to take the iPhone blow-for-blow.

It’s not clear whether we’ll see Zune features in Windows Mobile 6.5.1 or in Windows Mobile 7 proper. We’ve already seen hints of Zune integration coming to WM7, but there’s the possibility that WM6.5.1 will be blessed with the new feature. Either way, it’s exciting to hear the confirmation come from Ballmer.

When it comes to offering cut-throat pricing that usually undercuts many carriers' own subsidized handset prices, Amazon isn't the only...