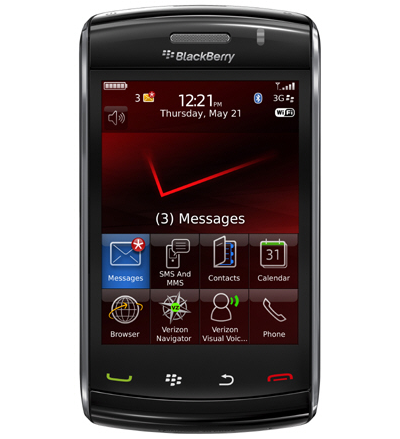 Looks like my days of ‘Storm Chasing’ are coming to an end… at least until the Storm3 rumors start brewing! Verizon and RIM have officially announced the BlackBerry Storm2 (press release after the jump). It’ll be available for general consumption on Wednesday, October 28th for $179.99 on a 2-year contract (after mail-in rebate). We suspected this… but now, we have the official word.

There, that’s it. Finally, an official Verizon word on the matter 🙂 Mark October 28th on your calendar. And, if you’re all pumped for the Storm2, be sure to hit up our extensive BlackBerry Storm2 Review. It’ll get your juices flowing.