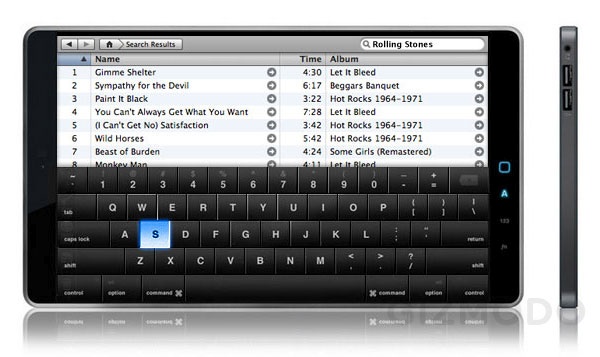 This is not real, it's a mockup. Sure is pretty though...

The tech community is buzzing (again) about the possibility that Apple will release an Apple Tablet computer of some sort in the coming months. There’s even talk of the new SIM card tray belonging to an Apple Tablet. Without official confirmation from Apple themselves, however, all this talk of an Apple Tablet is just that – talk. Or is it? A loose-lipped comment from New York Times executive editor Bill Keller is now making its way around the blogosphere, hinting at an “impending Apple slate.” Does the NYT know something we don’t?

During his speech, Keller mentioned that his newspaper needs to figure out how to best deliver content to mobile platforms. Nobody buys newspapers anymore, but everyone seems to have a smartphone. He says any plan to get news content mobilized will have to include the iPhone, iPhone apps, and the “impending” Apple Tablet. Yup, he specifically mentions the Apple slate as a device that needs to considered in any plan to digitize content.

Was the mention of the “Apple slate” just a slip of the tongue from Keller? Or, does Keller have some insider info on the Tablet? We’ll have to wait for Apple before we’ll know for sure, but it’s worth noting that Apple may be looking to position the Apple Tablet as a feature-packed eBook and digital newspaper reader. In that light, we can see Apple working with the NYT to bring their content to the rumored tablet. That is, if the Tablet actually exists.

Check out the video for Keller’s talk. Apple Tablet mention around 8:20.

The Android revolution has begun, and you know what that means - loads of Android smartphone spy pics! We've already...