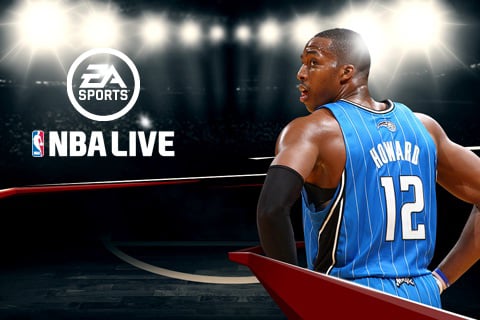 Earlier this month, EA Mobile mentioned NBA Live was making its way to the iPhone platform later this month.  As we all know, time does fly, and thus explains NBA Live finally releasing on the App Store.

NBA Live is a great effort by EA to bring its popular basketball game franchise to the iPhone.  Players are controlled by touching the left side of the screen, which pops up a virtual control stick onto the screen.  You then tilt your finger in the direction you want your player to move to.  If you’re in possession of the ball, you can either shoot or pass.  Depending on your momentum and how well you’re covered by a defending player, you can even perform a variety of dunks with a flick of your thumb.  While on defense, you can steal or attempt to block a shot by jumping.

NBA Live features all 30 NBA teams, players, and accurate stats.  Multiple game modes allow players to either play a quick game in Exhibition Mode, or dedicate themselves to a full season of play in Season Mode.  Player models and animations are pretty detailed as well, considering the platform its running on.  All in all, NBA Live is a title basketball loving iPhone owners should absolutely consider owning.

Color me unimpressed. With TELUS going live with their new HSPA network, and a whackload of new devices (including the...