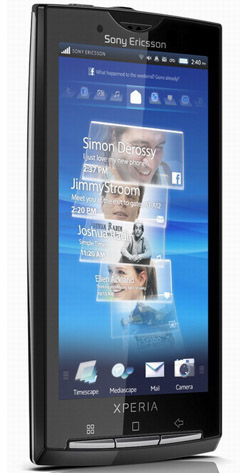 Sony Ericsson XPERIA X10 has been officially announced! Alongside the super-cool device, the company also unveiled its UX open platform.

As for the mentioned UX platform, it is developed not for the X10, only, but for the whole series which will be launched in the first half of 2010. Included with UX are two signature apps Timescape and Mediascape, which allow users to manage their social networking activities (Timescape), and browse all the media, both on the phone and on the Internet (Mediascape).

And that’s almost it. Plus we have a video to share which Sony Ericsson kindly uploaded to YouTube. It follows after the jump. Enjoy!

Adobe: No you can’t have Flash on your iPhone/iTouch and you should blame Apple for that!

Ever tried visiting Adobe's "Download Flash" page from an iPhone or iPod Touch? It's hilarious as you can see from...