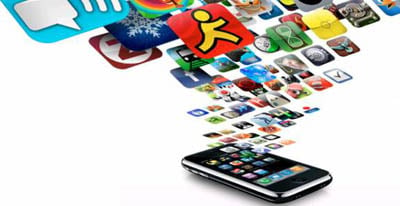 Apple has just announced a milestone of sorts. 100,000 apps are now available in the App Store for the iPhone and iPod touch. 15,000 of which are fart apps (kidding).

“The App Store, now with over 100,000 applications available, is clearly a major differentiator for millions of iPhone and iPod touch customers around the world,” said Philip Schiller, Apple’s senior vice president of Worldwide Product Marketing. “The iPhone SDK created the first great platform for mobile applications and our customers are loving all of the amazing apps our developers are creating.”

While many developers complain about a frustrating submission and inclusion process, and others simply complain about the lack of quality overall (crappy free apps)… there’s no disputing that the App Store is the ‘place to be’ for developers looking to make some coin.

In the months and years ahead, I’m REALLY looking forward to see what happens on the whole ‘App Store’ scene. Me thinks the Apple App Store and Google Android Market are going to tangle toe-to-toe. With Android’s rapidly growing developer base, not to mention the proliferation of Android devices in the second half of 2009… Apple and Google are no doubt gearing up for a fierce battle in 2010. Can I get a seconder?

Do You Smell That? ‘MyFart’ App Debuts in Windows Marketplace for Mobile

The following post is to let you know about a breakthrough. Something so powerful and 'game changing' that you may...