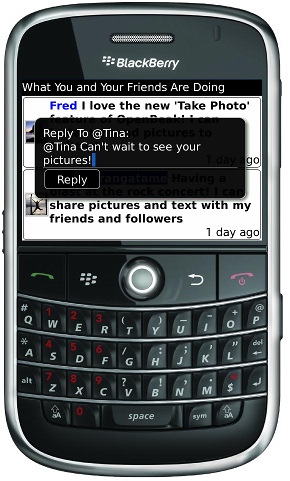 TwitterBerry was one of the first twitter clients for BlackBerry, a market which quickly became crowded with the likes of ÜberTwitter, SocialScope, and TweetGenius. Though the competition is stiff, TwitterBerry isn’t out of the game yet, and are actually rebranding the app as OpenBeak (presumably to get into the App World without stepping on RIM’s sensitive copyright toes). The bare-bones user interface keeps the app trim for those concerned about app memory, and the launch screen goes right to the “What are you Doing?” screen for quick one-click tweeting. Local profile picture storing is also a nice touch to keep load times snappy. All of the usual stuff is also available, like picture sharing through Twitgoo, yfrog, TwitPic, and Zannel, friends timeline viewing, replying, and trending topics. To download OpenBeak for free, hit up m.openbeak.com on your BlackBerry’s browser – thinking I might switch from ÜT for a little bit… That is, until someone manages to get that push support into their twitter app.

Not only was the Palm Pixi launched over the weekend... We've also got some T-Mobile BlackBerry Bold 9700 love to...