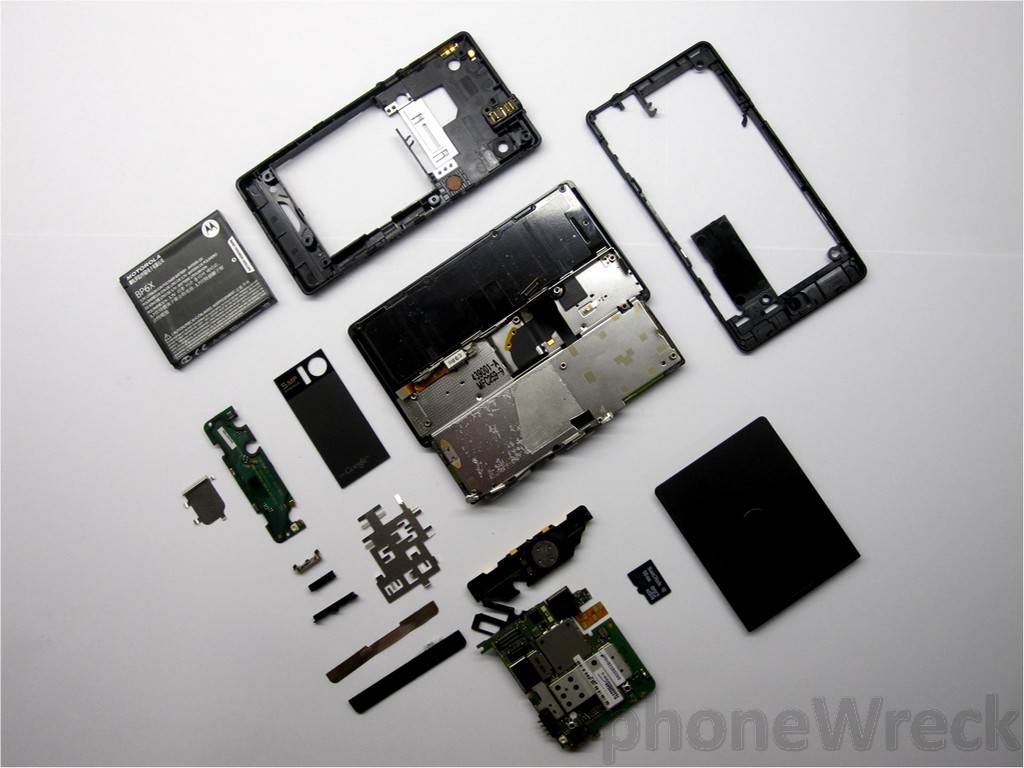 As we wind down our Friday afternoon and wind up for the weekend, we’re going to leave you with some intimate images of the Motorola Droid. The folks over at Phone Wreck managed to strip a Motorola Droid down to its bare parts, and they took some extensive photos for your viewing pleasure. These teardown pictures give us some interesting insights into the Droid, but they’re mostly just fun to look at.

The Droid teardown shows that the relatively small RAM/ROM chips (256MB/256MB) come from Toshiba. You’ll also want to take note of the beautifully integrated PCB that is so small, it actually turns out to be one of the smaller internal components of the Droid. Interestingly, the NAND Flash memory module bears handwritten markings that indicate the chips are sample units. And, no, we’re not ashamed to admit that handwriting on sample IC’s piques our interest.

Take a gander at the pics and think about just how much work went into making sure your Droid can stream sleepy puppies from YouTube.

Head on over to Phone Wreck for the full Droid teardown gallery.

Motorola announced a new all-touchscreen phone called Crush. The device is a mid-ranger with power and lock keys unusually placed...