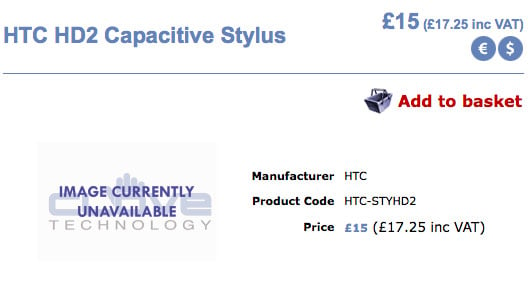 When HTC patented their “capacitive stylus” a few months back, we didn’t really take it seriously. Well, it looks like HTC was serious. One online retailer in the UK seems to be expecting HTC to start shipping an “HTC HD2 Capacitive Stylus” in the near future.

Price and availability information isn’t yet solid, but Clove is listing the stylus for about $26 USD.

MobileFun: 50% Off PowerWise Charger And Get A Free Golla Bag!

Another one my fave mobile e-shops has a schweet deal on at the moment.... MobileFun has 50% of the PowerWise...