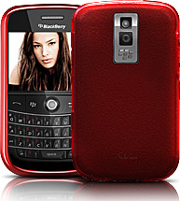 Since Will is off enjoying delicious mountains of mashed potatoes, gravy and turkey this week, Stefan and I handle the week’s wireless news.  There’s not too much going on, but it’s mostly Android related. Analysts dig up GPhone rumours once more, so we go over why it’s a terrible idea, and there’s also concern about Gameloft’s involvement with Android, and whether or not the iPhone is too big for developers to ignore. Stefan also gives us his take on the Nokia X6 that’s now shipping, which is ample opportunity to rip into Comes with Music a little more.

In terms of giveaways, we have a grand total of fifteen iSkins for BlackBerry to hand out. iSkins offer stylish protection for your phone, U.S. readers who have a Bold 9000, Curve 8900, or Storm 9530/9500, just have to hit that retweet button at the bottom of the post and they’re entered to win. Don’t retweet it any ol’ way, though – we gotta keep track of who’s entered using the same URL.

Music by The Red Jumpsuit Apparatus, as featured on Tap Tap Revenge for the iPhone.

The Signal is a part of the Tech Podcasts Network.

Nokia X6 on sale in UK this Friday!

More in Podcast, The Signal