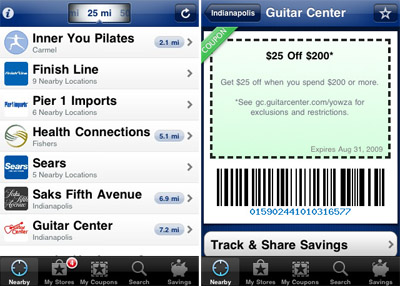 Yowza!!, a mobile local coupon service/iPhone app we covered in the past, announced addition of coupons from new retail partners — including Toys R’ Us, Babies R’ Us, Robbins Brothers, Hobby Lobby and ULTA Beauty Stores. In addition, the company also said that its coupons will be available on the Android platform, through a partnership with uLocate Communications, which will offer them [coupons] in its WHERE application.

Finally, Yowza also announced that it is working on the mobile client for the Palm Pre and BlackBerry smartphones, though no specific dates were given. iPhone app store link remains the same – it’s here.

Canadians are gearing up for the big football game of the year up here in Canada. That's right, the Canadian...