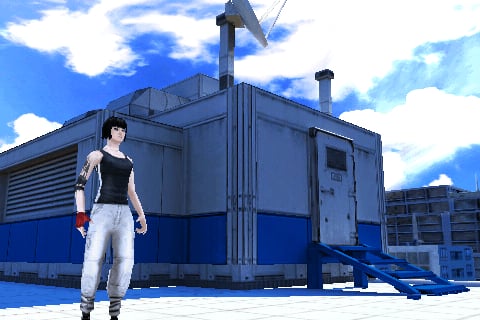 EA announced early this morning they will be bringing Mirror’s Edge to the iPhone.  Mirror’s Edge was released late last year on Xbox 360, PS3, and PC and it follows the story of Faith who is a member of a group of runners who are vital in transporting sensitive information as the world is under the control of a totalitarian regime where communication is heavily monitored.  The main selling point for Mirror’s Edge was it’s First-Person running perspective.  Players had the ability to perform amazing acrobatic feats, such as jumping, sliding, and vaulting, all from the Faith’s perspective.

Not much is known about Mirror’s Edge for the iPhone, but the screenshots released today indicate the game will not be played from the perspective of Faith, but instead will be played in a third person view across 14 levels.  If it’s anything similar to the fan-made flash version of Mirror’s Edge, or maybe even Canabalt, then we’ll be in for a treat when the game launches in January 2010.

Few days ago we talked about the brand new version of Fring for Symbian S60 which enabled Skype video calls....