Today Nokia is holding their Capital Markets Day event in Espoo, Finland. It’s similar to the Nokia World event that took place in September, but instead of an having an audience of press and people working in the industry, this is an event for shareholders and analysts. Everyone is looking at Nokia, and then looking at Google, Apple, and RIM, and then they look at Nokia again and ask: “are you fucking serious, you call that a portfolio of innovative devices and services?”

Today’s event offers a sneak peak at what Nokia is planning for 2010, and how they’re going to fix their problems. Here are some of the highlights, cut copy and pasted from the press release:

The nearly double digit drop of unit sales the industry experienced in 2009 will bounce right back to 2008 levels in 2010. That’s a good thing. Symbian’s UI getting an overhaul? About time, but we’ll have to wait and see how the 2010 Symbian experience will compare to the 2010 iPhone and Android experience. The troubling bit of today’s news is Nokia saying they’ll deliver a Maemo 6 device in the second half of 2010. That’s marketing talk for the very, very, very last week of the year, and even then the volumes are not going to ramp up until Q1 2011. I hope I’m wrong about that of course, but with the trouble Nokia has been experiencing lately with getting the E72, N97 Mini and N900 out the door, you have to take their ship dates with a mountain of salt.

Keep coming back to this post, I’m sure there will be additional information released.

Update: The 51.2 MB PDF file with all the slides from the presentation today has been uploaded. I’ll highlight a few below.

Update: Quote of the presentation came from Nokia CEO OPK: “We will make fewer, but better, devices in 2010.” He also said, again, Symbian will be the dominant smartphone platform Nokia will use “for the foreseeable future”. Regarding Symbian’s UI, “by this time next year, the Symbian UI will not be an issue”. In the Q&A session he admitted that Nokia has had problems with executing.

Update: Quote from Kai Öistämö: There will be dual SIM S40 devices in 2010, there will also be QWERTY devices with S40 in 2010. The 6700 Classic has close to a 40% margin. The new Symbian UI will require fewer taps, clicks and steps to get things done.

Update: Quote from Niklas Savander: “With the new Symbian UI we are deleting over 350 user prompts.”

Update: Nokia’s projection of what percentage of their devices will have touch screens and QWERTY keyboards 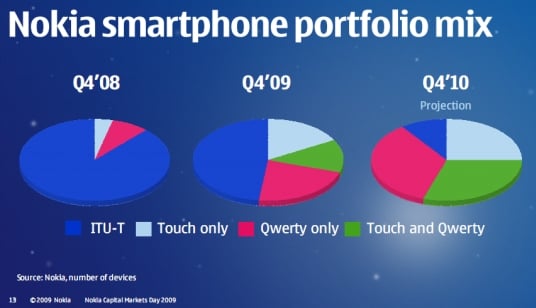 Update: Nokia’s projection of what percentage of their devices will have Symbian/S40/Maemo 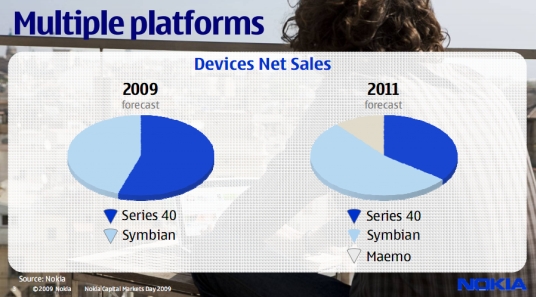 Update: Wonder where Nokia devices are made? 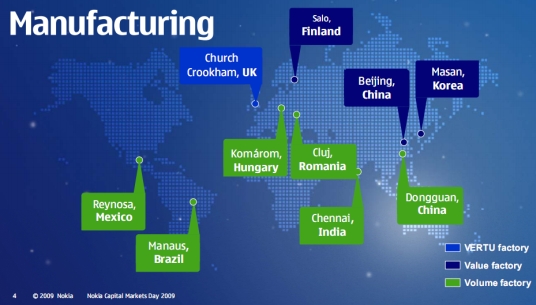 Update: Some Nokia.com and Nokia.mobi stats 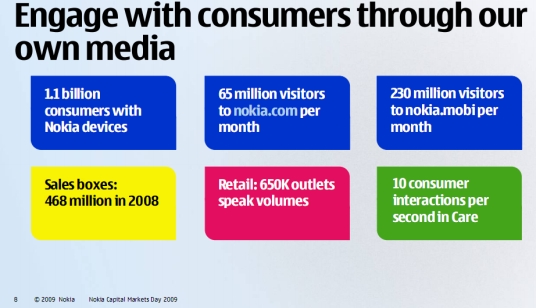 Update: 2009 is the first year that Nokia spent more money on digital marketing than any other form of marketing 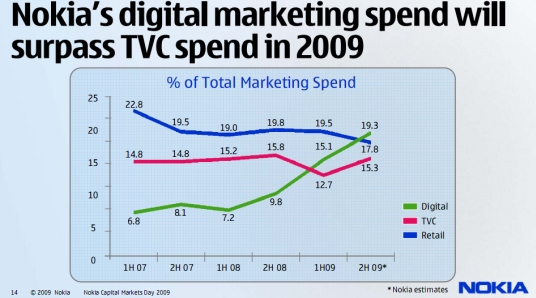 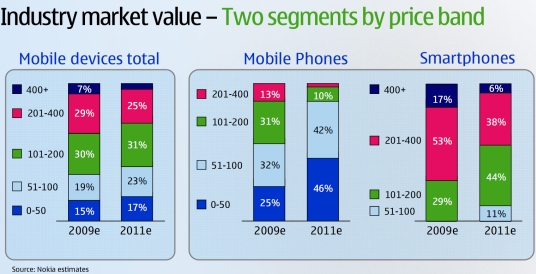 Update: Nokia predicts that by 2011, the value share of the mobile industry in North America will shrink by 2% 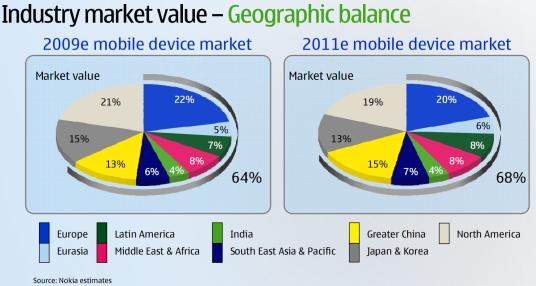 Update: Symbian^3 will be 3x faster 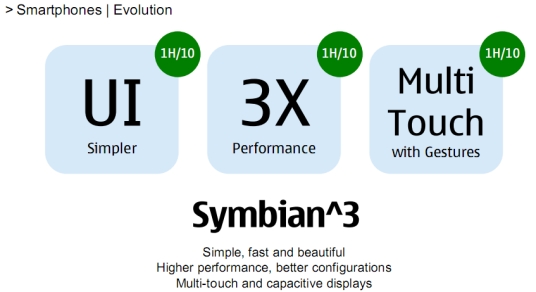 Update: Only 18% of Nokia’s revenues come from devices that cost > 100 EUR 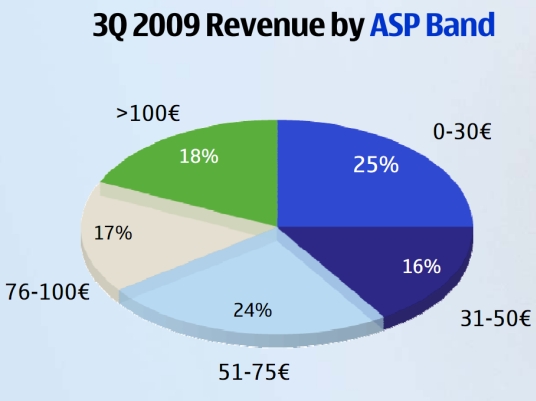 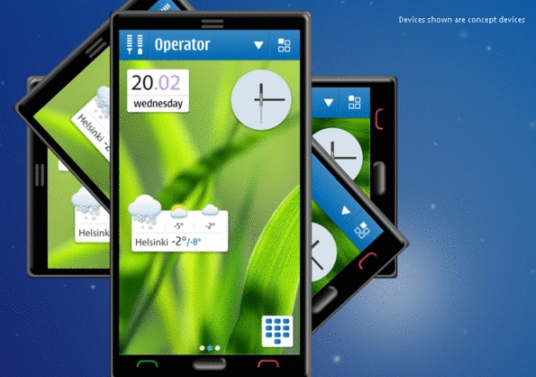