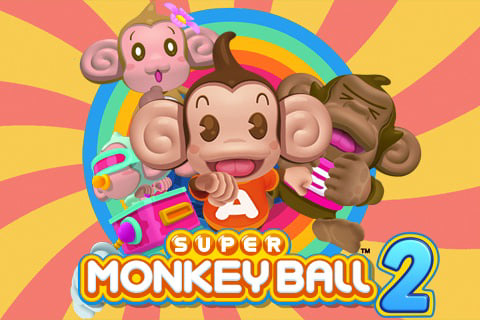 The original Super Monkey Ball performed great with how responsive the controls were when tilting the iPhone, but it left much to be desired in terms of multiple game modes and its overall graphics.  Super Monkey Ball 2 takes the already addictive gameplay found in the original and puts a ton of polish on it.  The Main Game doesn’t just allow you to play through 115 tracks, but it also features Practice Mode, Mini Games, and even a multiplayer mode that allows for up to 4 players to play over a local WI-FI connection.  The character models also received an update.  Instead of the 2D-ish sprites in Super Monkey Ball, Aiai, Gongon, MeeMee, and Baby all are rendered in full 3D.

Super Monkey Ball 2 retails for a premium price of $9.99, but considering how much work went into it, the purchase can definitely be justified.