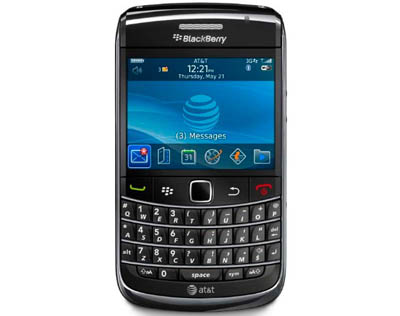 AT&T has pulled out the discount pricing gun, and they’ve gone mad. Earlier today they started to offer 50% off BlackBerry devices, available both in-store and online. I’m still not sure when this offer is going to end, but that hasn’t stopped me from ranking this sale somewhat high on my ‘awesome’ scale.

BlackBerry Devices up for grabs, 50% off at AT&T:

Of course you’ll still need to sign up for that pesky two-year agreement… and yes, there’s still the runaround of the mail-in rebate. But hey, 50% off is never a bad thing, and if you were contemplating a new Berry, why not save a few bucks while you’re at it?

In addition to the BlackBerry goodness, the Samsung Solstice is being offered for free on a new two-year agreement… and after the same mail-in rebate.

For all the details and to start shopping for that new BlackBerry, head on over to AT&T. Read the official press release here.

Note: Can’t wait for more of these holiday deals to start trickling in. So good.

You may recall rumblings some time ago that themes were to become an integral part of BlackBerry App World. This,...