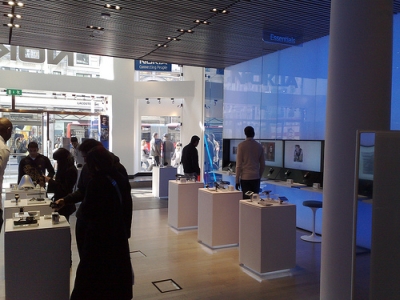 After being open for barely 2 years, Nokia is going to shut down their Flagship Store in London because it has “not been as efficient or as profitable as we’d have liked it to” said a Nokia spokeswoman. The decision was a tough one and has “not been taken lightly” she added, saying that the store didn’t allow to bring the company’s services services “to life”. Word of Advice: Don’t blame the terrible state of Ovi for the terrible state of your store. The 30 people who used to work there are now job hunting. Maybe they’ll get a position with the new owners of the ~ 7500 square foot space? Victoria’s Secret and All Saints are said to be interested in moving in.

Audio: The most painful question and answer session Nokia has ever had to go through [Ovi Store]