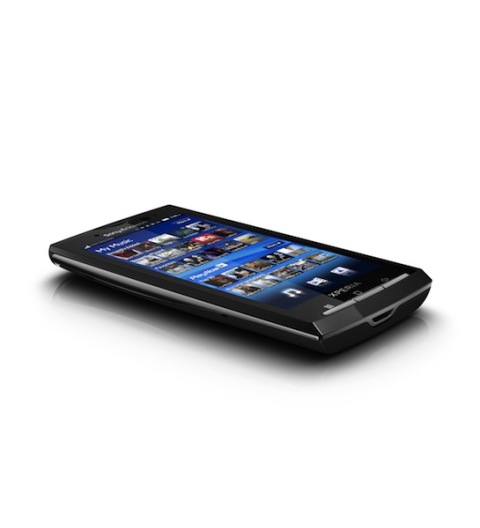 As far as rumors and speculation are concerned, we had our sights set on AT&T as the carrier of choice for Sony Ericsson’s XPERIA X10 Android phone. But, new revelations gleaned from Sony Ericssons’ own X10 whitepaper suggest that we might see T-Mobile offering an XPERIA X10 in the near future. It’s not clear if the X10 will be a T-Mobile exclusive or if Sony Ericsson will be selling their latest XPERIA smartphone through both AT&T and T-Mobile USA.

With its gigantic 4-inch capacitive touchscreen, sleek design, and custom Android interface, the X10 is as desirable an Android handset as they come. Add in an 8-megapixel camera and a 1Ghz Snapdragon processor, and you’ve got a recipe for guaranteed Android success. So, where’s it going to land? Well, the whitepaper for the X10 shows two variants with slightly different frequency support:

Variant 1 is expected to hit T-Mobile’s network. You see that mention of the 1700Mhz 3G band? That 3G frequency is a sure indicator of T-Mobile’s 3G network. The Variant 2 sports the same frequency compatibility that we’re used to seeing in smartphones destined for AT&T’s 3G network.

As far as we know (which isn’t much, at this point), AT&T might still get the Sony Ericsson XPERIA X10 next year. But, the exciting news here is that T-Mobile might soon offer a discounted X10 with handset financing.

Video: We put Google Goggles to the test

If a picture is word a thousand words, why would you waste time searching the web using just a small...