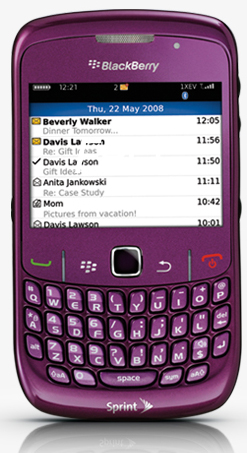 According to our source, the Curve 8530 is already in Sprint’s device launch calendar, which specs out launches four weeks in advance. If true, we’ll have to wait until next year to put hands on the updated Curve from Sprint.

We’ll probably have a better idea for the Sprint Curve 8530’s launch in the next couple weeks.

Over the past 24 hours or so, there's been a whole whack-load of OS leaks for various BlackBerry devices. Perhaps...