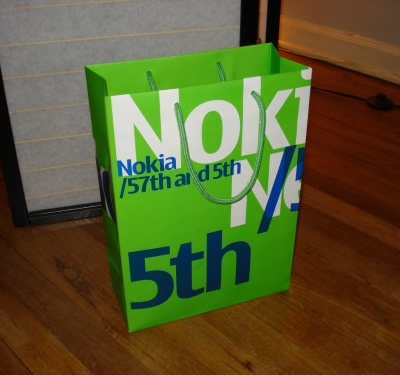 It’s been less than a week since I reported about Nokia closing their London Flagship Store and Matthew Miller from Nokia Experts has just become the bearer of even more bad news with a report saying that the New York and Chicago Flagship stores will be shut down as well. I’ve been to all 3 stores, and they were all special in their own unique way, so I’m really sad to hear this. Can’t say I’m surprised however, the devices in Nokia’s Flagship Stores were often priced much higher than what you could find them for online. The NY and Chicago locations were perfect, but as an American walking down the street, the brand name “Nokia” doesn’t really tickle your fancy now does it? At least the Helsinki Flagship Store less than 10 blocks away from me is still open, and it’s often packed.

Update: Mark Guim from The Nokia Blog has posted Nokia’s official statement on the matter:

The Flagship stores, opened in 2006 in the U.S., were conceived to inspire and educate consumers to the benefits of mobility through an innovative retail experience, and broaden the appeal of the Nokia brand.

The decision to close the two Nokia Flagship Stores in the U.S., located in New York City and Chicago, was made to create clear alignment with our local market strategy and in addition, as part of a global realignment of Nokia’s retail strategy.

Nokia remains committed to providing the best consumer and retail experience around the world – the Flagship Stores are only part of Nokia’s retail experience and marketplace strategy. Nokia’s retail strategy includes retail and operator partners and their more than 600,000 retail outlets globally. All of these customer outlets will remain essential to Nokia’s ongoing success and continue to be a primary sales channels in the future.

Nokia has formed a joint venture with some company you never heard of so that they can tap the Chinese...