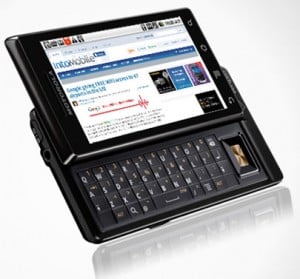 The iPhone has been “jailbroken” for years. Android phones like the HTC G1 and Magic have been “rooted” for some time as well. Now, it’s the Motorola DROID’s turn. Android hackers have found a way to gain root access to the DROID’s file-system, allowing devs to install unsupported apps and inject new features into the smartphone’s Android OS.

Whether you refer to it as a “jailbreak” or “root” isn’t important. What’s important here is that, for the first time since launch, the DROID is now ready for hackers/modders to get develop Android apps and custom Android builds that neither Motorola nor Verizon would ever condone. That also means it’s only a matter of time before someone releases an app that overclocks the DROID’s processor, or a modded build of the DROID’s Android operating system that supports multi-touch gestures like pinch zooming.

Interested? You can root your own DROID with little hassle. You do run the risk of bricking your DROID into a mostly useless paperweight, but that’s the price you pay for playing outside Verizon and Motorola’s sandbox. Find details on how to root your DROID here.

We suggest reading through the entire post before diving in. Also, it might be a good idea to familiarize yourself with the Android update process that we outline here – out instructions should give a better understanding of the update process, in turn, helping you understand the rooting process.

Update your DROID to Android 2.0.1