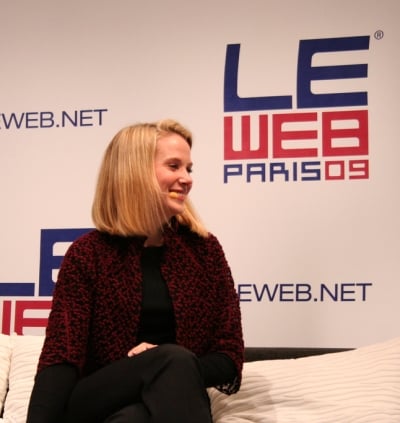 QotD (Quote of the Day) as we say in Twitter slang comes from Google’s VP of Search Product and User Experience, Marissa Mayer, during an interview with Michael Arrington from TechCrunch that took place today in Paris at the Le Web conference:

Michael: Let’s talk mobile search. How important is that to Google, I mean, what percentage of searches get made on mobile?

Marissa: I’m not able to share specific numbers, but it’s definitely growing. The percentage is going up, and even roughly doubled in a year.

Do you realize what that means? Doubling in a single year = mobile is hot hot hot, but you already know that since you’re reading a mobile technology blog.

Michael also asked Marissa if there was a Google Phone, twice, and the first answer she gave was “I can’t comment on speculation”, the second was not even an answer, she just laughed at him. I hold a firm belief that there isn’t a Google Phone and have outlined my reasons several times, here is the latest rant about the subject.