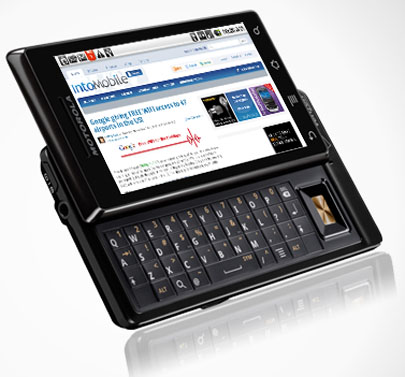 Wow, work it, droid. Motorola’s highly popular Android smartphone has been awarded the number one spot in time Magazine’s Gadget category for The Top 10 Everything of 2009. The justification for the top spot is very clear:

This is absolutely true – Google is providing the playground for manufacturers, and that’s it. It’s up to them to take Android and do something awesome with it, namely by way of hardware. Between this award and the upcoming Sholes, Opus One, LaJolla, and other mystery projects, Motorola’s ride with Android is looking promising. The iPhone 3GS was the only other mobile phone on the gadget list, and it managed to snag the number four spot, although it had been number one in the past. Tough break, iPhone, but what do the rest of you think? Was there a more worthy handset to earn the Gadget of the Year title? How about Phone of the Year? No Palm Pre?

The coming year promises to be an exciting one for mobile technology. Verizon is slated to bring their 4G LTE...