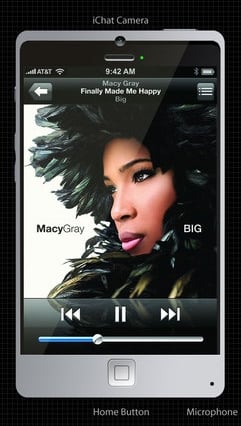 Eldar Murtazin, Editor in Chief of Mobile Review, one of the internet’s best sources of mobile news, especially when it comes to leaks, recently revealed in a tweet that: “Foxconn received order for next generation iphone”

When asked by @ShethK what he thought of the iPhone, Eldar responded: “dont see specs or device itself, know only about multitasking”

Will the next iPhone have multitasking? The world will just have to wait and see. There are rumours out there saying that the next iPhone will have NFC, and alleged photos of what is claimed to be the SIM card tray and midboard have already leaked.

As for the timing of this tweet, it makes perfect sense when you look at Nokia and how they announce a mobile phone and then ship it 6 months later. Apple usually announces products and then launches them either the same day or a week later, so starting production now, 6 months before the summer, makes absolute sense.

‘FartGlobe’ To Usher in New Era of Useless Fart Apps

When it comes to Fart apps, the Apple App Store takes the cake. Or in this case, takes the stink....