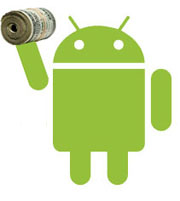 The Android Market just hit the “easy button,”at least as far as T-Mobile subscribers are concerned. Following on a previous announcement that T-Mobile would soon enable carrier billing for the Android Market, the carrier has announced that it is starting to roll out the feature. As of last night (Dec. 9), T-Mobile and Google began quietly pushing out Android Market updates that will allow users to buy Android apps and have them conveniently charged to their monthly cellphone bill.

The Android Market update is automatic, you don’t have to lift a finger. The update is being rolled out to users as we speak, and should hit the last T-Mobile subscriber by month’s end (for real, this time). To check to see if you have the updated Android Market with carrier billing support, drill down to Settings>Applications>Manage Applications>Market and verify that you have version 1660, or higher. If you do, then you’re free to buy Android apps at will and charge them to your monthly bill – you’ll have 24 hours from purchase to return the app with no charge.

Yfrog Announced for Android and BlackBerry

Yfrog, a popular service from the guys who made Imageshack for sharing pictures over Twitter, now has a standalone application...