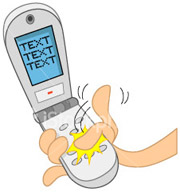 A smallish (hence questionable) survey of 300 consumers in Boston, U.S. by PR agency Prompt Communications found that phone calls remain the most common (99%) method of communication. With 96% score, Facebook is now the next most popular communication tool, followed by SMS (93%) and email (91%).

However, when people were asked which method they used most frequently, most participants chose SMS (37%), followed by Facebook and then the phone (28%). Email is not on the list, yet only 20% said they could live without it entirely.

Rest of the results of the survey deals with social media, so I’ll stop here as that’s not something we cover in great length at IntoMobile. I’ve found the survey interesting because I’m everything but a fan of Facebook and other what I see as time-wasting services. So I’m curios to know – do you use Facebook more than SMS? And if so why? Why? 🙂

According to the latest number-crunching by AndroidLib, the public Android Market has hit the 20,000-app mark. The majority (62.3%) are...