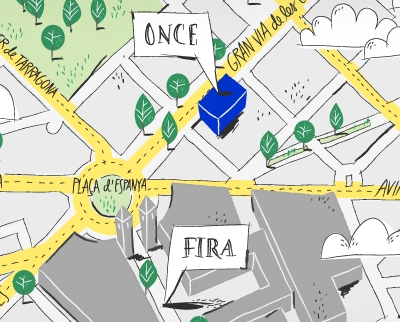 Earlier this year Nokia said that they weren’t going to bother attending Mobile World Congress 2010, citing that they would rather spend their marketing budget on their own event, Nokia World. Looks like Finland partially changed their mind; Nokia is going to be in Barcelona during Mobile World Congress, but they’re not going to have a booth at the main event. They’re setting up shop at “Once” (Organizacion Nacional De Ciegos De España; translates to National Organization of the Spanish Blind), a short walk away from the main hall. Be there between 09.00 and 19.00 on February 15 and 16. This is their pitch:

As an alternative to the noise and crowds at Mobile World Congress, Barcelona, invited guests can relax on comfy sofas, enjoy delicious food and drinks as they discuss the industry and network with their peers — all courtesy of Nokia.

[Via: All About Symbian, Symbian World, Nokia Events]