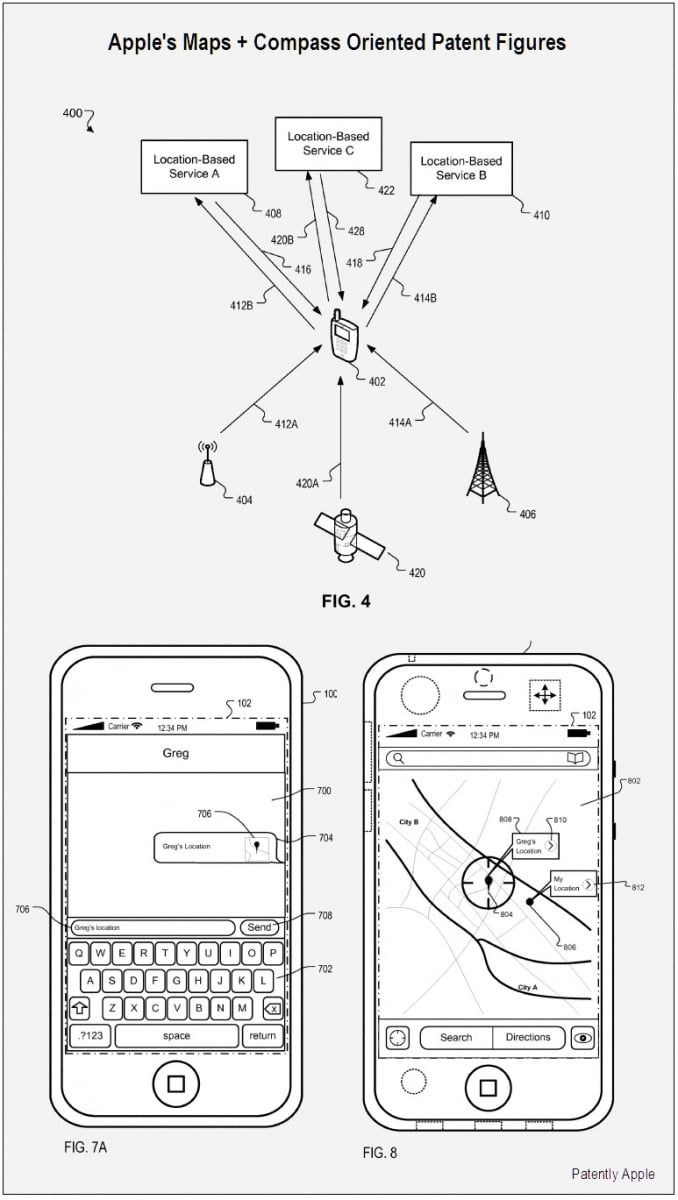 It wasn’t too long ago that we were criticizing Apple for keeping Google’s friend-tracking Latitude service off the iPhone’s Maps application. While the rest of the smartphone world got updates to its Google Maps for Mobile application that allowed them to keep tabs on the location of friends and family, the iPhone was left to play with only a webapp version of Google Latitude. Today, we’re learning that there may have been some method to Apple’s madness. A recent patent application filing indicates that Apple is at least considering adding functionality to the iPhone’s Maps app that would allow users to share their location with other users.

Apple apparently envisions users sharing their current location data through an SMS text message or instant message. The data would be embedded in the message. The message could trigger iPhone Maps to open and pinpoint the user’s location on a map. It’s not clear if the initial text message/instant message sends one-time location data, or if it allows the recipient’s iPhone to keep tracking the users in real-time. Considering that the Maps app can already share one-time location data through email or MMS, that the patent application makes reference to obtaining location data multiple times, and that Apple purchased Placebase recently, we’re thinking it might be the latter.

Rumor of the Day: Google Nexus One Coming to AT&T?

Earlier today BGR reported a juicy rumor from an unnamed source. The rumor sheds some light on what could be...