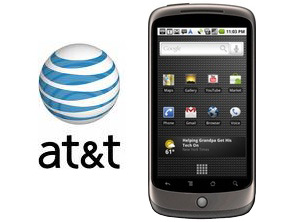 Earlier today BGR reported a juicy rumor from an unnamed source. The rumor sheds some light on what could be another variant of the Google Nexus One coming down the pipe. This previously unheard of (and unlocked) version would go live on AT&T, and be compatible with their 3G network. Surely this would be good news for AT&T customers looking for a change… Although, if coverage and network performance are the main concern for you, changing from oh, lets say the iPhone to the new Nexus One may not be the best course of action.

Take this for what it is… an unconfirmed rumor. But still, one has to chalk it up as ‘interesting’ at the very least. As with all rumors, hold tight and the truth will come out. Google is holding an Android press event on the 5th, all should become clear in a few days 🙂

We’ll be covering the Nexus One announcement live, so be sure to check back on the 5th for all the Google/Android/Nexus One goodness you can handle.