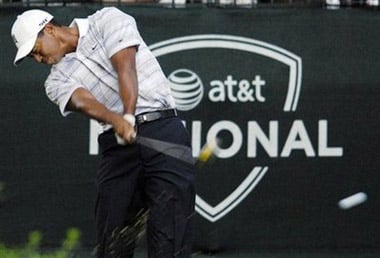 AT&T is joining Accenture and Gillette to drop support for Tiger Woods, the company said recently. The “U.S. iPhone carrier” used to have its logo shown on Tiger’s golf bag, which up until now was thought of as a multiyear agreement.

However, the Tiger Woods Foundation will continue to be the beneficiary of the AT&T National, under a contract that runs through 2014.

AT&T has also been the presenting sponsor of the annual Tiger Jam concert event in Las Vegas, but that contract has expired… unlike the iPhone exclusivity… 😉

Rumor of the Day: Google Nexus One Coming to AT&T?

Earlier today BGR reported a juicy rumor from an unnamed source. The rumor sheds some light on what could be...