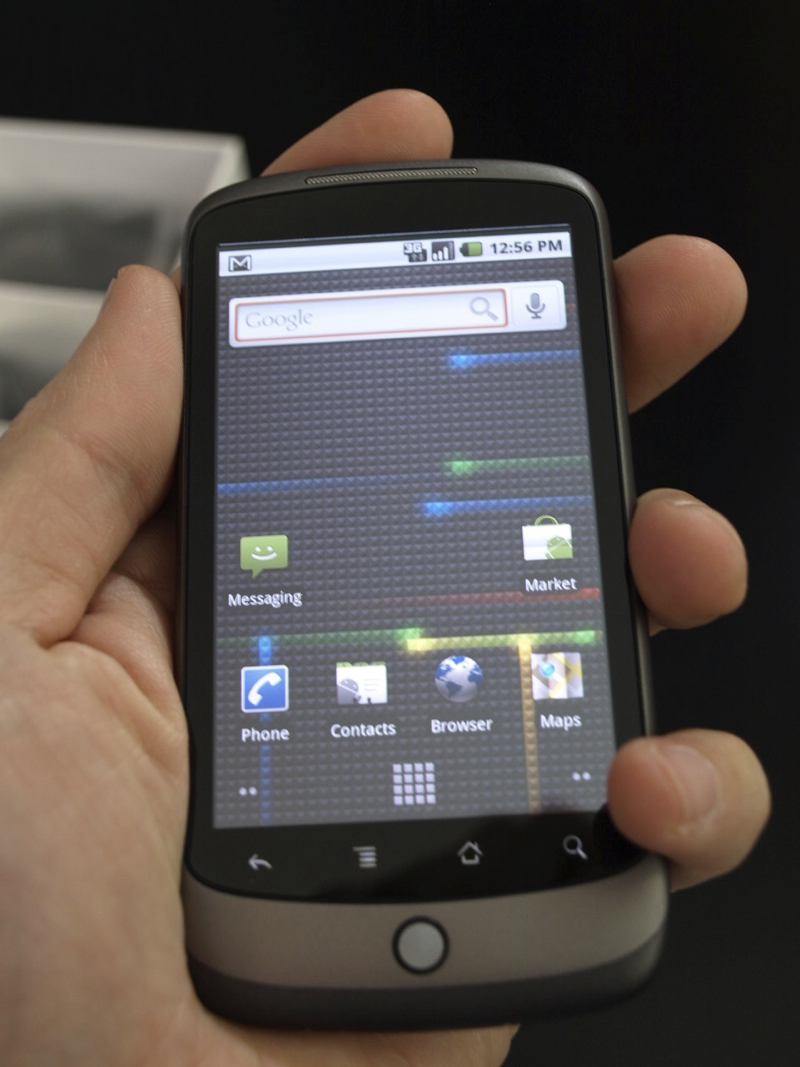 Google wouldn’t be Google if they didn’t launch the Nexus One without building up hype for the handset. One of the ways the Mountain View, CA-based search giant did that was to coin a new term to describe their Nexus One – “superphone.” Seeing as how the new Android phone packs the most advanced smartphone features available today, the new Android 2.1 OS, and a handful of innovative software and hardware technologies, Google saw fit to call the Nexus One a “superphone.” Not a smartphone, mind you, this superphone is supposed to showcase the possibilities when you put Google and HTC together in the same room. And, to show you just how good this superphone really is, we’ve got pics and video of our Nexus One unboxing and hands-on review for you to drool over.

The Nexus One boasts everything you could ask for in a smartpho… excuse us, superphone. It’s packed with a 1Ghz Snapdragon processor that can easily handle Android app you throw at it, and even multiple apps at the same time. The 3.7-inch capacitive touchscreen is an OLED display, which gets rid of the battery-killing LCD backlight while increasing contrast and color saturation – it makes blacks truly black and colors as vivid as possible. The Android 2.1 OS sports a host of new features, including the ability to enter text using your voice. The same server-based voice recognition technology that made voice commands possible on the Motorola Droid’s Android 2.0 OS has been adapted to provide voice recognition for any text field within Android. The Nexus One lets you send text messages, emails, and the like using nothing more than your voice.

As a superphone, the Nexus One also packs all the latest sensors and hardware you could ask for. There’s a GPS receiver that works in conjunction with a digital compass to show you where you are and where you’re headed. The proximity and light sensors work together to save battery life – the proximity sensor turns off the display when your Nexus One is pressed up to your face during a phone call, while the light sensor detects ambient light levels and adjusts display brightness accordingly. Of course, WiFi is included to supplement the 3G data connection that’s intended for use on T-Mobile’s 3G network. The microSD card slot allows for memory expansion up to 32GB. And, the Nexus One features active noise suppresion technology. It uses two separate microphones to isolate your voice and filter out background noise.

That’s just a taste of what the Nexus One offers. If you’re interested, you can pick up a Nexus One today (it will ship today) from Google for $529.00 unlocked and contract-free. Or, if you’re more about saving money and signing up for a 2-year contract, you can get your Nexus One with T-Mobile service for $179.00. You can only buy the Nexus One with the T-Mobile Even More individual 500 plan, so if you want to use your existing T-Mo plan or you have an AT&T SIM card, you’ll need to buy the unlocked version.