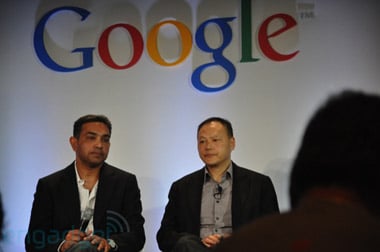 This is not confirmed at the moment, but when asked whether Motorola Droid will get the Android 2.1 update, Motorola CEO Sanjay Jha said he “thinks” it will happen. Nothing too solid, yet good enough for me. After all, we did see the latest Android build running on the G1, and if G1 can handle it, so can the Droid. To be fair, we’re talking about a non-official Android 2.1 release, but it’s working and that’s what counts at the end of the day.

Anyway, I would be surprised if Motorola doesn’t release a firmware update for the Droid/Milestone in the coming weeks. Keeping up the pace is all that counts these days. 😉

A new Moto slider iDEN phone appeared on the FCC pages - i890. It's kinda ugly-ish, the way we got...