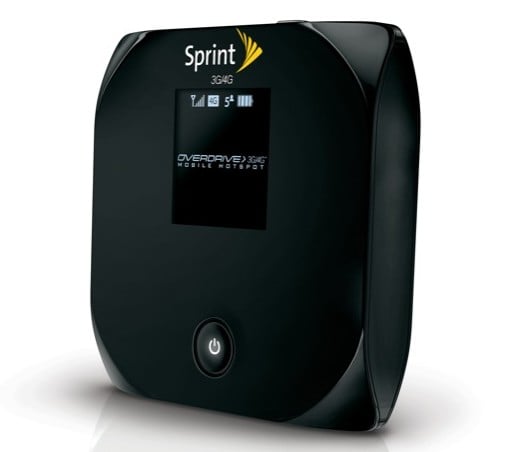 If you’re looking to hop on the 4G WiMAX-enabled handset bandwagon, you’re probably going to have to wait a bit longer. If you have a WiFi-enabled smartphone, though, you can take full advantage of Sprint’s 4G WiMAX offerings with Sprint’s soon-to-launch Overdrive 3G/4G Mobile Hotspot from Sierra Wireless. If you recall, the portable Overdrive connects to Sprint’s 3G and 4G networks and shares it data connection with multiple WiFi devices by creating its own wireless network, allowing you to tap into Sprint’s 4G network on the road. If you happen come across one of Sprint’s 4G markets, you’ll be humming along at data speeds up to 10 times faster than Sprint’s 3G network can deliver. But, keep in mind that most parts of the US don’t yet have any 4G network to speak of, so your Overdrive 3G/4G Hotspot might end up being more of a 3G Hotspot.

The Overdrive can connect up to five WiFi devices at the same time. That means your computer, smartphone and gaming console can all pull down data at the same time. And, because the Overdrive pulls down data from Sprint’s wireless network and shares it wirelessly over WiFi, there aren’t any cables to deal with. Battery life is really the only thing you have to worry about – which is why the Overdrive features an LCD display that keeps you informed on battery status and connection speed. The Overdrive also packs a GPS receiver and a microSD card slot.

Sprint’s Overdrive 3G/4G Mobile Hotspot will go on sale on January 10th for $99.99 after a $50 mail-in rebate, when purchased with a 2-year contract. We’re also expecting Sprint to roll out a simplified 3G/4G data plan for $59.99 per month. You can find the Overdrive at select Sprint stores and some Best Buy locations. Business sales, web sales, and telesales should follow in the following weeks.

Morning folks. Hope everyone is all prepped and ready for another day of madness at CES. This morning, Slacker Radio...