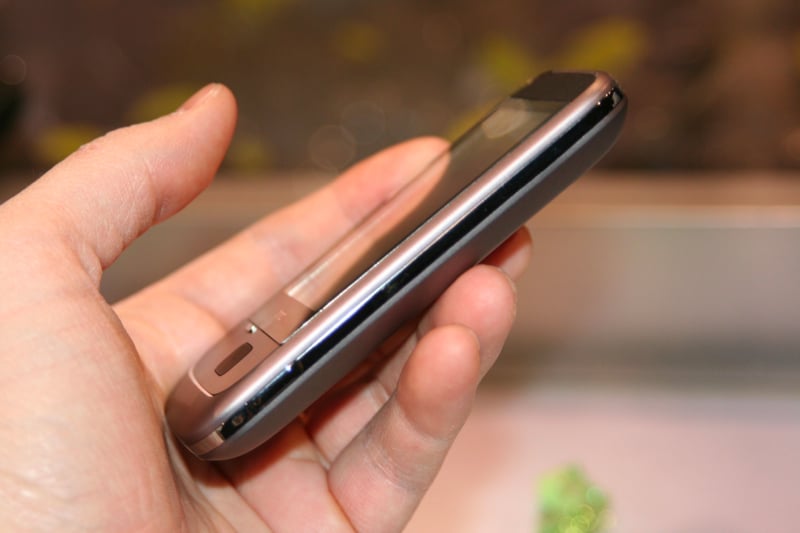 When you think of a “smartphone,” you’re probably thinking of some sort of advanced device running one of the traditional smartphone operating systems – Windows Mobile, iPhone, Android, Symbian, or webOS. HTC, on the other hand, is redefining what it means to be a smartphone. The HTC Smart is the first “smartphone” to come out of the Taiwan handset maker’s R&D labs without either a Windows Mobile or Android OS and with a cheaper price point that’s within reach of . With a BREW MP-based interface, the HTC Smart can do a lot of the things you’d expect from other smartphones – web surfing, email, pictures, social network integration – but does it at a fraction of the cost. The HTC Smart features a 2.8-inch touchscreen, a 3-megapixel camera with flash, 3.5mm headphone jack and a microSD card slot.

As promised, we’ve gotten some hands-on time with HTC’s Smart at CES 2010. Unfortunately, we didn’t have a chance to check out the all-important UI – the demo unit didn’t have a battery for some reason. HTC says that they built the Smart’s UI from the ground up, and they’ve stayed true to their Sense philosophy. As far as the hardware is concerned, the Smart is slim and comfortable in the hand. It’s a little smaller than the HTC Droid Eris, but doesn’t compare on material quality. The Smart is light and a bit cheap feeling, but you can’t expect too much from an entry-level smartphone.

HTC is billing the Smart as a smartphone without a smartphone OS. It’s not going to compete anywhere near the Nexus One or iPhone 3GS’s level, but for an entry-level smartphone with an emerging market price-tag the Smart offers a compelling set of features. We’ll have more info on the Smart in the coming weeks.

Find out more about the HTC Smart here.

LG's presence at CES was largely overshadowed by their TV announcements, but there were a few bones thrown to us...