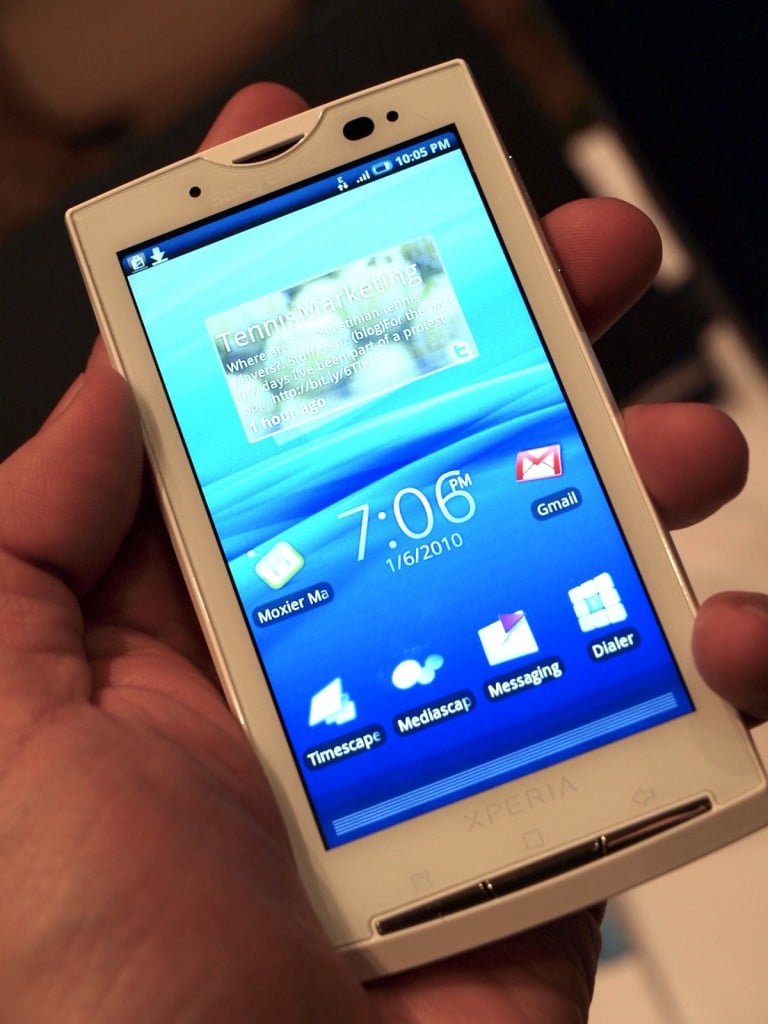 Bigger isn’t always better, but when it comes to some things – like a touchscreen display – size really does matter. Seriously, who doesn’t think their smartphone’s touchscreen could use a little more size? Well, if you had Sony Ericsson’s XPERIA X10, you probably wouldn’t be left wondering what it feels like to have an Android phone with enough screen real estate to meet your needs. The company’s first Android smartphone boasts the largest capacitive touchscreen of any Android phone, and it puts it to good use. We had a chance to get some time to play with Sony Ericsson XPERIA X10, and we came away impressed.

There’s been a lot of talk about the Nexus One being the best Android phone available today (we’ve contributed to that conversation), but that’s only because the XPERIA X10 hasn’t yet launched. With a 4-inch capacitive touchscreen display, 1Ghz Snapdragon processor, 8-megapixel camera and the usual complement of high-end smartphone goodies (GPS, WiFi, microSD, and so on), the X10 is at least on the same level as the Nexus One. When it comes to aesthetics, the X10 may very well have the Nexus One beat. The X10’s thin bezel surrounding the display makes Sony Ericsson Android phone look like one giant touchscreen display. That’s awesome, if you’re into that sort of thing, and you know you are.

The X10 employs a custom Sony Ericsson Timescape UI, which is actually more of an app than a UI. The X10 still works with a mostly vanilla Android homescreen, but switches to the timeline-based Timescape UI by way of an app. There’s also a Mediascape UI that focuses on only multimedia content. The overall user experience is fairly intuitive and definitely fun to use. Transitions are as smooth as they are eye-catching, and the UI design is only rivaled by the X10’s industrial design. As for build-quality and fit/finish, you’ll get what you pay for – which might not be a small amount.

Check out our XPERIA X10 video and photo gallery below to see for yourself what Sony Ericsson’s new Android phone can do.

Although perhaps just a teeny tiny bit overshadowed by their recent release of the Nexus One, HTC has announced their...