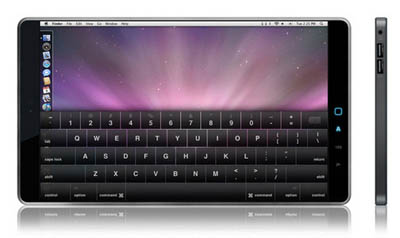 Those of you still looking for proof of the Apple Tablet’s existence, Apple’s latest move to put and end to Valleywag.com’s Apple Tablet bounty might be the best evidence yet that Apple is indeed planning to launch a tablet device in the near term. If the rumored tablet‘s allegedly leaked glass face-plate, rumored specs, and executive confirmations weren’t enough, Apple’s cease-and-desist letter to Valleywag.com indicates that Apple is serious about its tablet aspirations and doesn’t want anyone else digging too deep into the matter.

Valleywag is offering a bounty of $10,000 for legit pics of the tablet, $20,000 for a video of the tablet in action, $50,000 for a pic of Steve Jobs holding a tablet, and a whopping $100,000 if you can get a tablet into Valleywag’s hands for an hour. The bounty is nothing to laugh at, and it seems that Apple is worried that the monetary incentive could be enough to put cracks into its veil of secrecy.

As far as we know, the bounty/reward for Apple Tablet evidence still stands. They just ask that you stay within the bounds of the law when gathering your Tablet pics and vids. Good luck!

The Nokia N900 and its 3.5-inch WVGA touchscreen, 5-megapixel Carl Zeiss camera, 32GB of storage, GPS and WiFi make it...