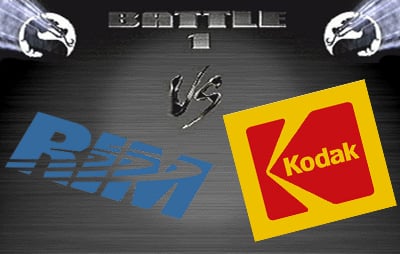 A little over a year ago, Kodak opened up on LG, Samsung, and RIM (who promptly countersued) for infringing on image capture and compression technology. As a result, LG and Samsung joined Motorola, Nokia, and Sony Ericsson as licensors of Kodak tech, but it looks like RIM didn’t get nailed for anything. Lately, however, Kodak is hitting up RIM and Apple for image previewing patents. Samsung has already folded under the patent in question, so there’s at least some merit to Kodak’s complaint in the ITC’s eyes.

Unlike most cases of this sort, Kodak’s not making vague, empty threats about stopping the sale of infringing handsets: “Our primary interest is not to disrupt the availability of any product but to obtain fair compensation for the use of our technology,” and they sound open enough to sorting this out of court, although apparently Kodak has been talking with Apple and RIM for years already to figure out the situation.