Not much news to share with you except a photo of an invite that Mobile Entertainment just received. It looks like Nokia is going to hold an event in London on Thursday the 21st of January at 09:30 local time. Anssi Vanjoki, Executive Vice President at Nokia and one of the lost James Bond villians, is going to be there, along with Nokia UK General Manager Mark Loughran. Whatever “big news” they announce will be short lived since less than an hour ago Apple sent out invitations to their own event, taking place less than a week later on the 27th.

The event is related to Ovi, and there has been some chatter about the Ovi Store being relaunched. You know what that means? An entire new lineup of Hannah Montana wallpaper, ringtones, and screensavers. 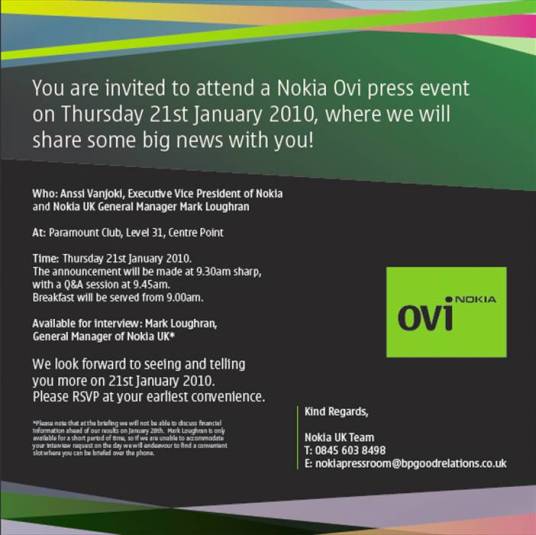