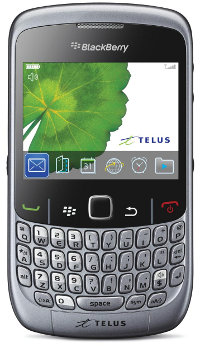 The official description via TELUS:

The BlackBerry Curve 8530 lets you be as social as you like, wherever you like. Enjoy the convenience of a QWERTY keyboard and apps for Facebook, MySpace and more. The latest version of the very popular BlackBerry Curve features a faster processor and BlackBerry 5.0 software, making it easier to use than ever.

For more information pop on over to TELUS.

That mysterious new BlackBerry 8910 that made it through Bluetooth certification last week has popped up again at the FCC....